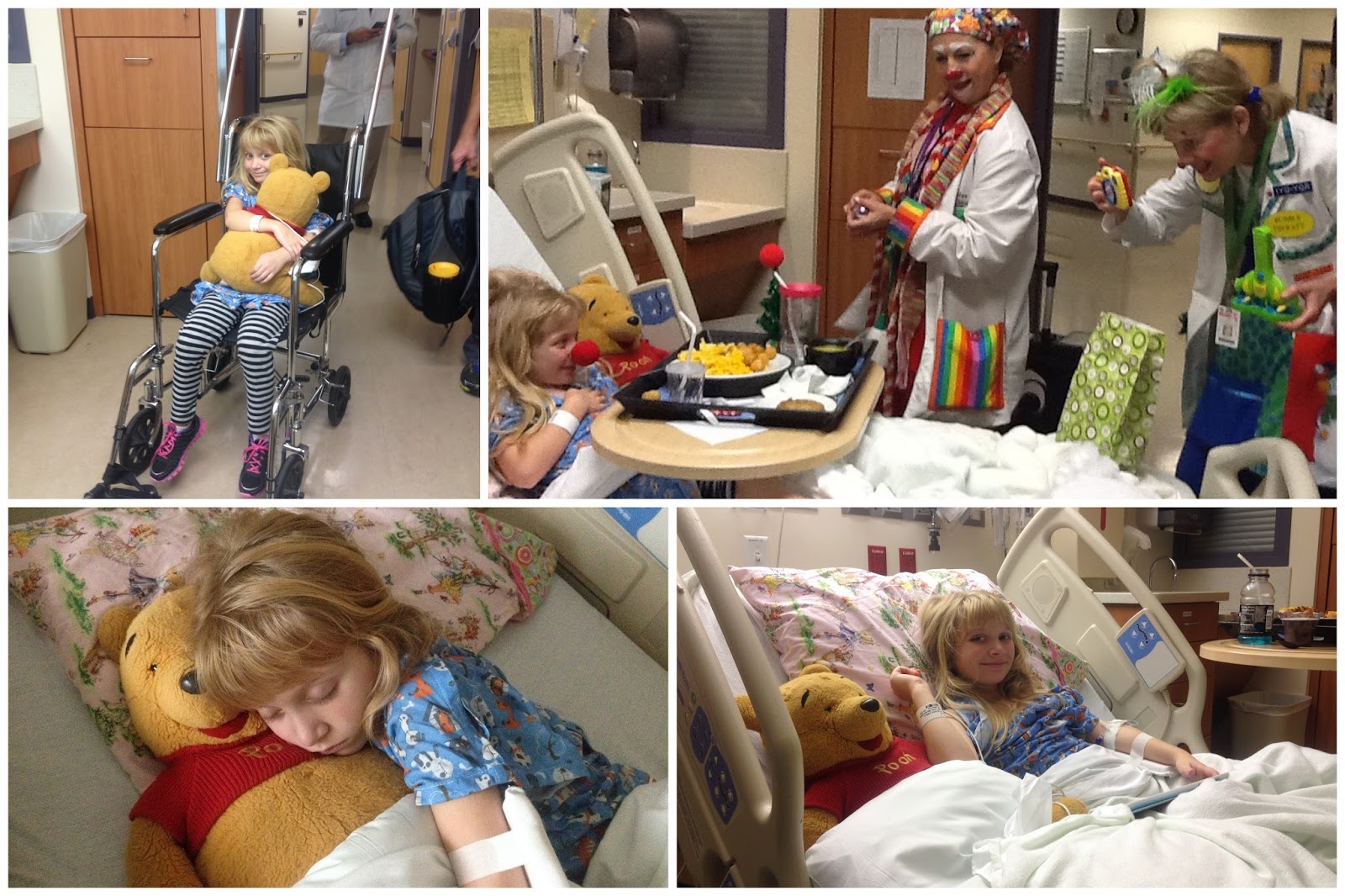 Bella was sick all this past weekend with a stomach bug and fever.  On Sunday evening, we made plans to visit the doctor on Monday morning, but around 1am, I could tell something was really not right with her and felt we needed to go to the ER.  She calmed down and went back to sleep and I did too.  At 5:30 when she woke again, I asked Ben to get up with her this time and he couldn't touch her stomach area without her crying in pain and we decided we needed to go ahead and take her to Dell Children's hospital.
When we started driving downtown she started perking up a little, and I almost went back home thinking we could make it till 8 am when her pediatrician opened.  We were finally seen around 7:30 and at that point her fever was 102, the highest it had been.  They gave her some Tylenol for the fever and some meds for the nausea and soon began an IV for fluids as she was very dehydrated.  She had an ultrasound on her appendix which was one cause for concern, but they found nothing.  They did discover she had an urinary tract infection that had refluxed into her kidneys.  She was admitted into the hospital around 11:30 for a strong antibiotic that needed to be administered through an IV.
She had four doctors watching her case including an urologist.  They did an ultrasound on her kidneys and discovered no real issues other than the infection.  The urologist decided she could be seen as an outpatient and discharged so she could be home for Christmas.
During her stay, she was visited by our family pastor from church; bearing gifts of stickers and an Abominable Snowman, two clowns and an invitation to choose a gift from Amber's Angels.  Boo and I got to spend some special one on one time together that often doesn't get to happen.  We checked out a couple movies from the hospital, had "room service" and snuggled on her hospital bed.
By midday Tuesday, they released her and we were able to go home with some antibiotics and a couple of follow up appointments scheduled for the next couple of weeks.
Posted by ~kristi at 1:33 PM